Students in grades third through eighth learned about tessellations.  They are shapes that fit closely together, in a repeated pattern. Each student then created themselves as a tessellation.   These were then arranged together in a mural for Catholic Schools Week! 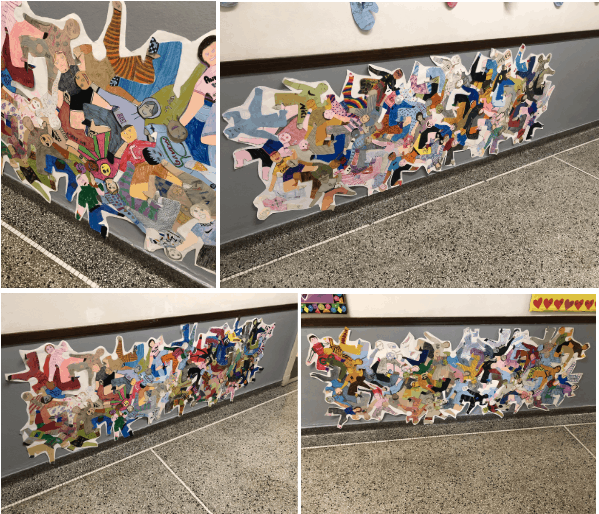 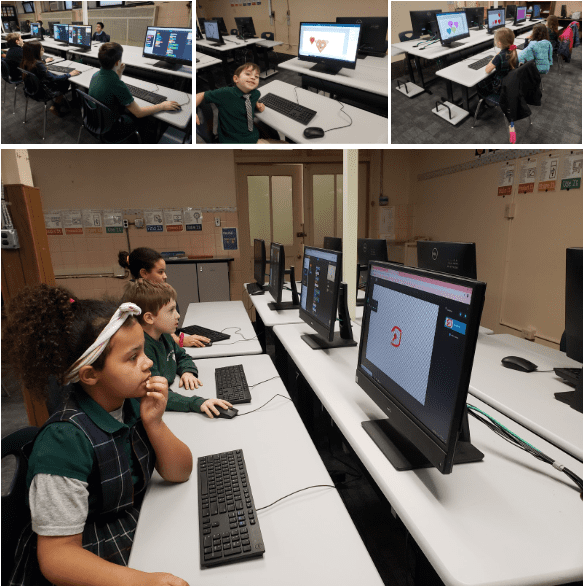 In the Library, with grades K-6, students have been reading and listening to many Valentine’s, Martin Luther King, Civil Rights and American Presidents books this month.  The preschoolers have been focusing on the letters R, S, T and U, and books about snow and winter, as well as Valentines and MLK books, during their Library time.

Exciting things are happening and have happened in music this year!! The eighth graders went to the Rock and Roll Hall of Fame in January.  The seventh grade classes just attended a matinee performance of The Cleveland Orchestra at Severance Hall.

In March, the fifth and sixth graders will be going on a field trip to a pipe organ factory as part of music with an emphasis on science.  Students are also in the beginning stages of The first ever OLA Bucket Brigade, our very own bucket drumming ensemble. Music classes in grades third through eighth have been listening to class created playlists in order to better understand how music relates to us now and as we move forward.  All music classes are taking advantage of the new instruments received for this year. Students have instruments for every grade level including preschool.

During the month of January the students in Mrs. Lehane’s Physical Education classes were working on the sport of basketball.  The younger students focused on learning the necessary skills and playing lead-up games, while the older students polished their skills and competed in modified basketball games.  The month ended with Catholic Schools Week where students were able to choose their favorite games and activities to play!

Students have been very busy the past couple of months in Spanish Class! They learned about Los Tres Magos (Three Kings Day) holiday in Mexico.  Classes discussed traditional foods and festivities that take place during the week of January 6th.  In February, students are discussing Los Adjetivos (Adjectives) in Spanish.  They have continued to build their vocabulary, and use their Duolingo app for fluency practice. 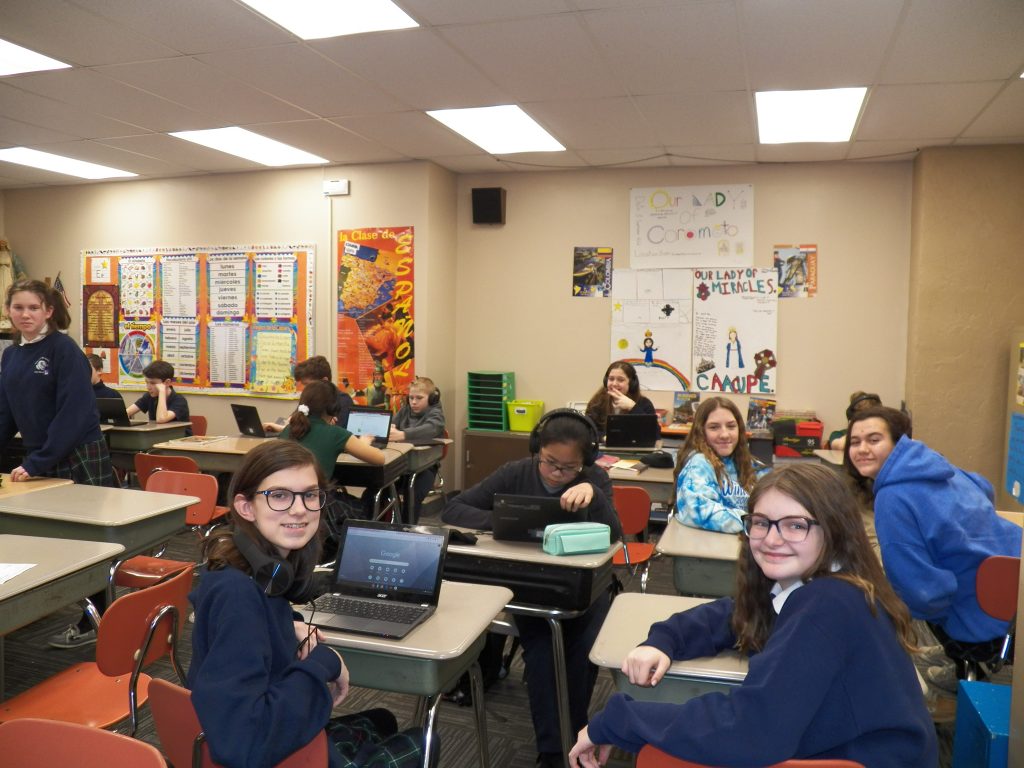